When Life Gives You Roses...

eat them, of course! 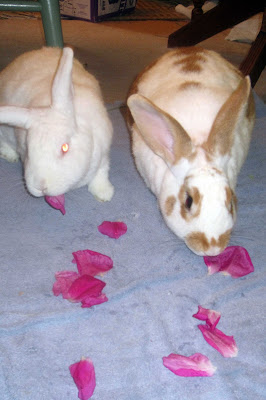 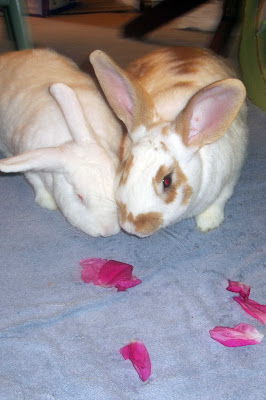 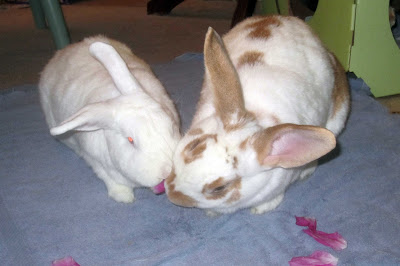 The petal your partner is eating is always better than the one right in front of you. 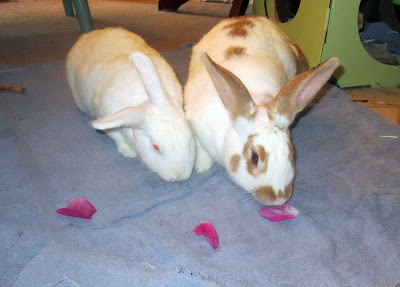 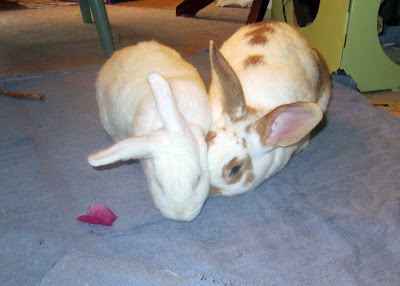 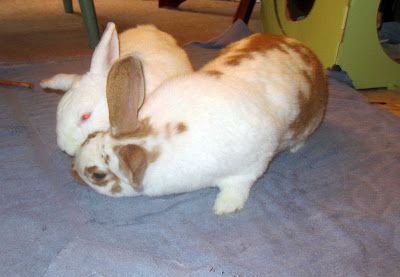 And if she gets the last one, try to sweet talk her out of it. Notice the laser eye? I don't think Jensen's charm is working.
Posted by Karen M at Monday, June 01, 2015 8 comments:

It's Been a Very Warm Day

Would you like some refreshment? An iced tea, cola, wine cooler, water?
No? Then perhaps you'd like a nice, refreshing, and always exceptionally cool, Butter Beer? 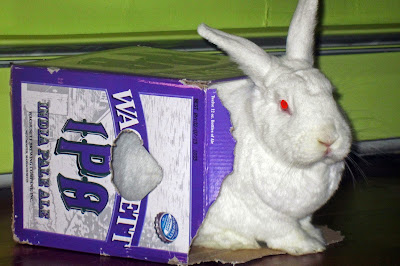 Ugh. Snowing again. I had really hoped we were done with that. The gray weather was really effecting my mood today, so I went searching for some color on the 'net. Came across this video on YouTube. No idea what she is saying, something about painting intuitively? Watching her paint with these luscious colors was just what I needed. I hope you enjoy it, too.

So remember that Project 365 photography journey I had started on? Well, I've managed two whole months plus now. Here are a few of the shots I've taken recently.

These three are from January. See how bare the ground was on January 22? Then the snow started, and just kept falling. That picture of the gate to the veggie garden? That day, January 28, may well have been the last day we saw it. The side rails have started to re-emerge only during the last few days.

Of course, winter was a double whammy this year. Besides record snow fall, we had record cold. Some days I only went out just as long as it took Knight to do what he had to do. On those days, the basement with The Husband's tools and assorted junk came in very handy. 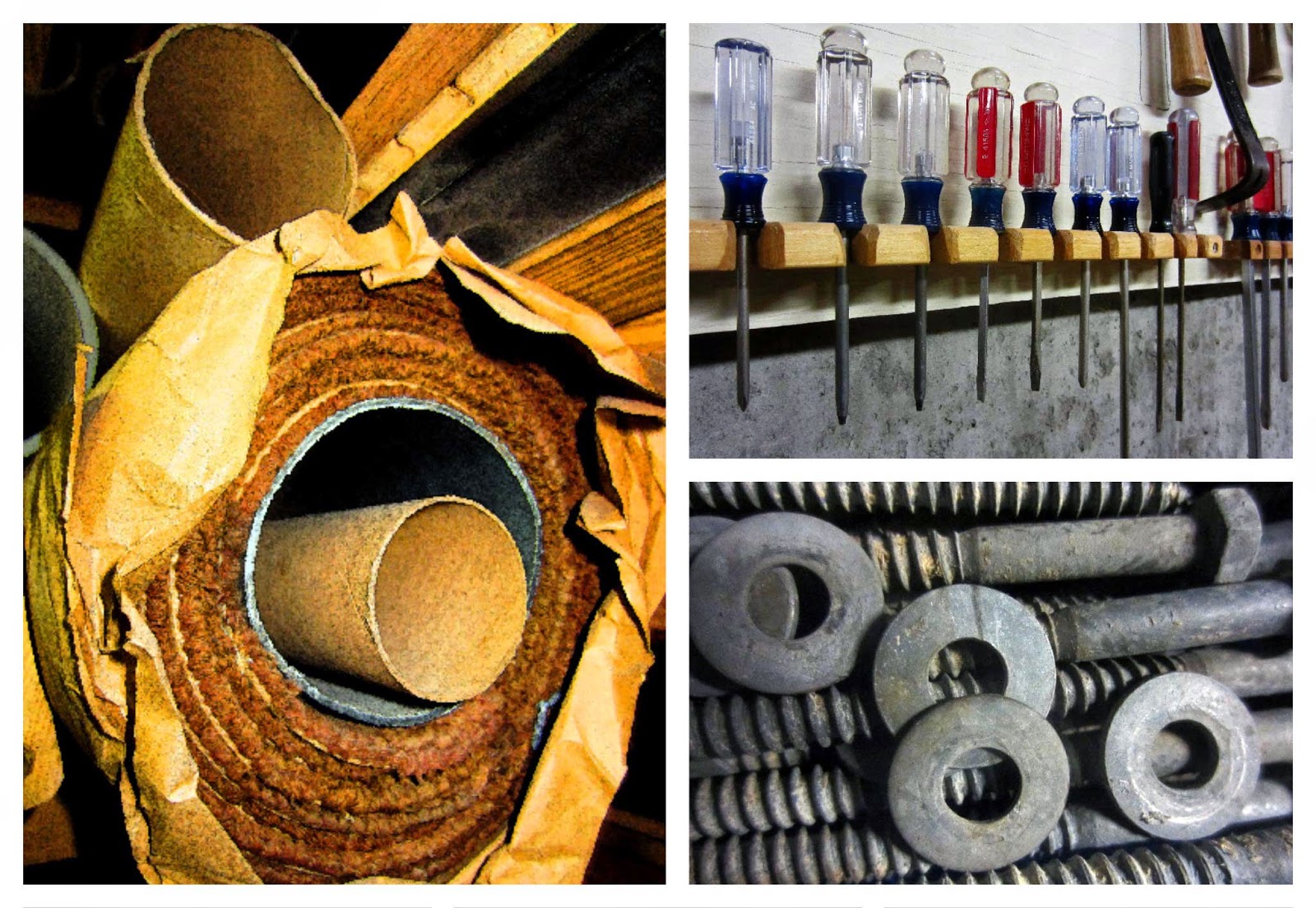 When Knight and I had finally had enough, and really wanted to go for a good walk, we jumped in the car and headed to N.C., to hang out with the Southern Daughter. Her city has a wonderful downtown, and I got some pictures there. Her cat Socks had some photo sessions, too. We did bring a bit of the snow down with us. Not much, just enough to get her a snow day from work, so she could walk the dog.

Some days it is harder than others to figure out what to photograph. During my hotel stay on the way back north, the only thing that looked halfway exciting was a light on the wall. 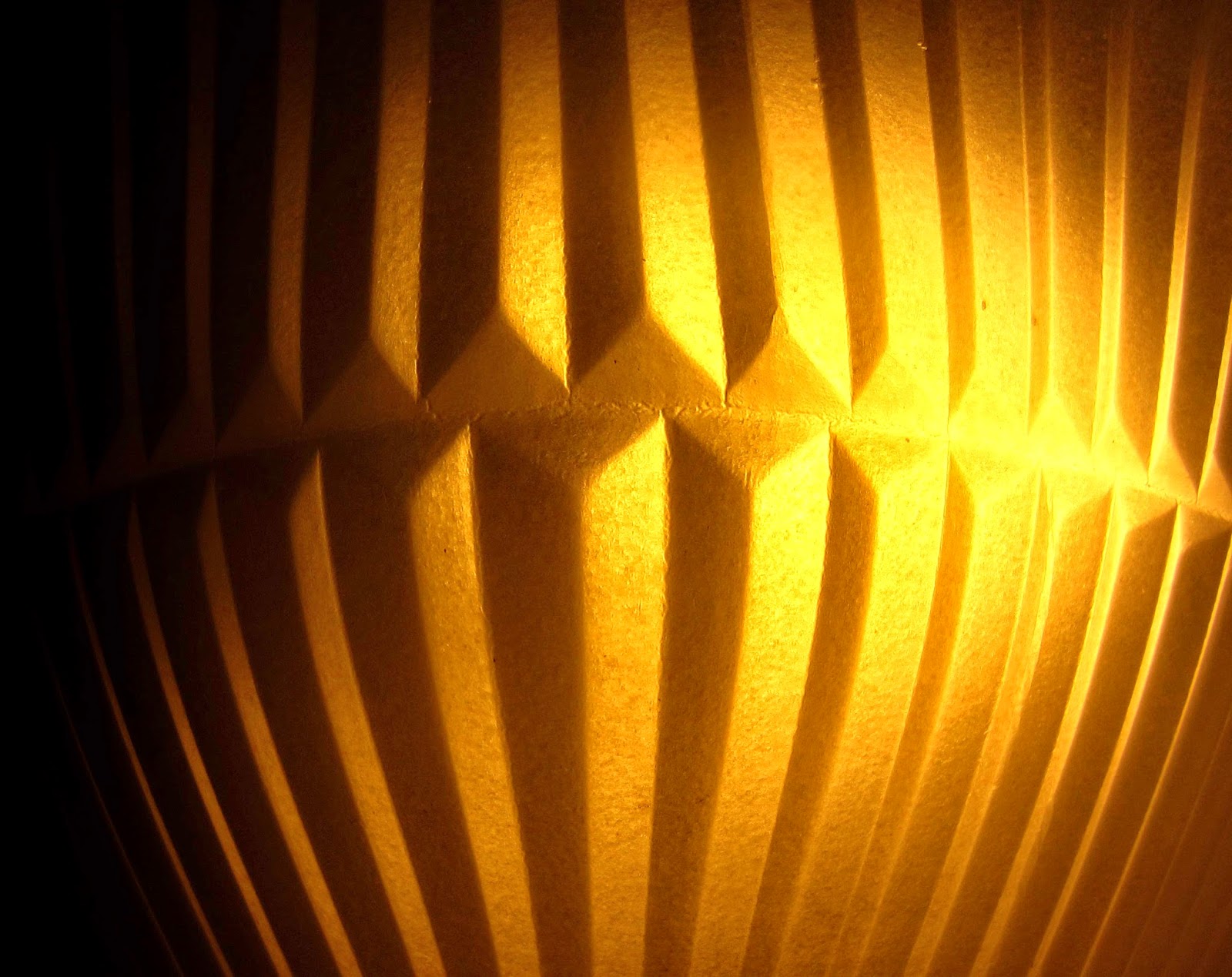 Sometimes the photographs  don't turn out very interesting. Maybe because he was missing Buttercup, who was in the hospital, these Jensen pictures were just lackluster. So, I posterized him in Photoshop. Buttercup is now home, and doing much better. 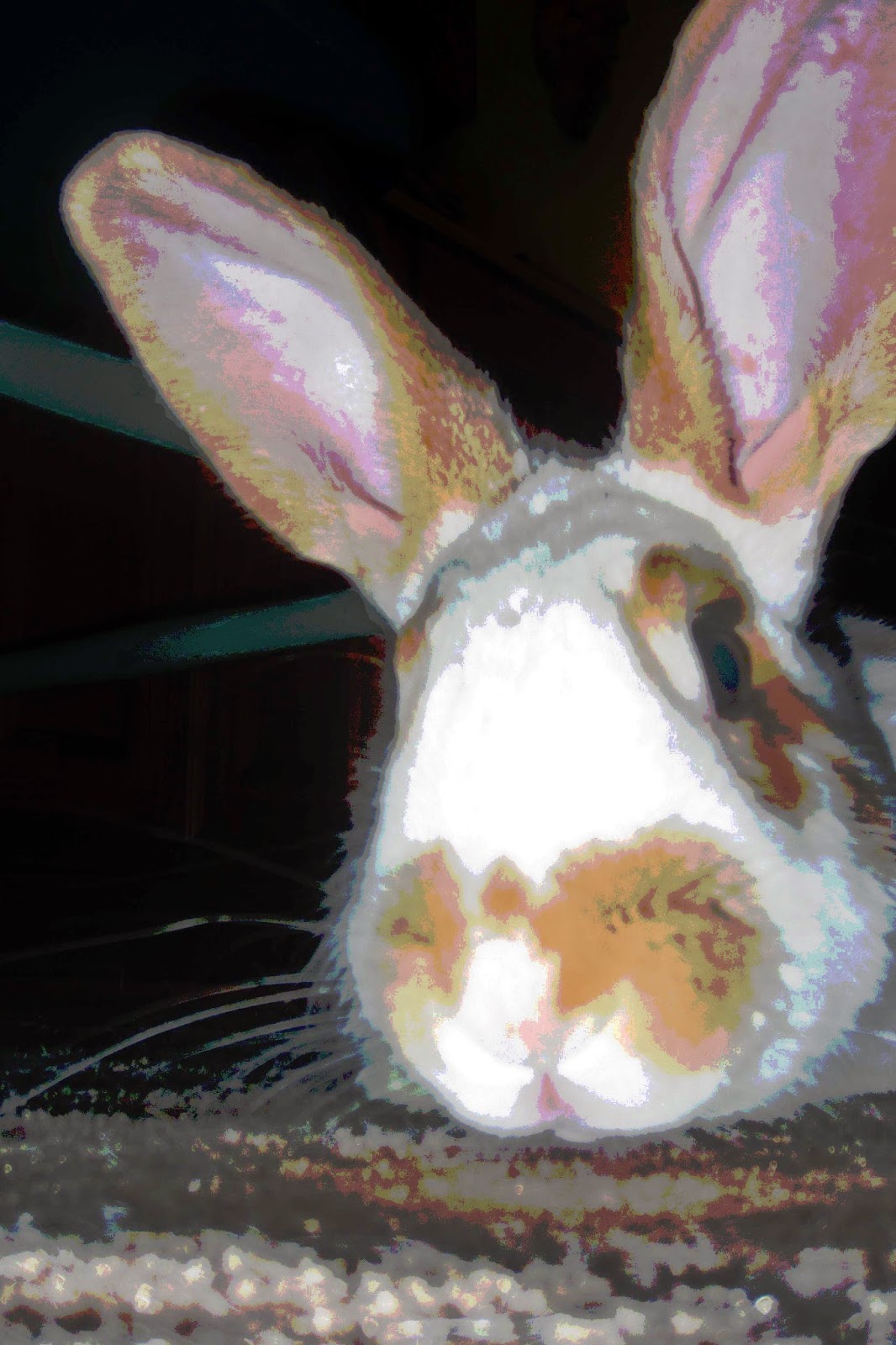 On the display of my camera, I can't see well enough with my bad eyes to tell what the pictures really look like. One day, all I had were some blurry photos of collard leaves. Generally, I like to keep alterations of my pictures to a minimum, but since all I had was a mess, I decided to go wild. The vein on the leaf was slightly altered, the picture solarized, colors enhanced, and then a fabric weave pattern was added into the veins. What do you think? 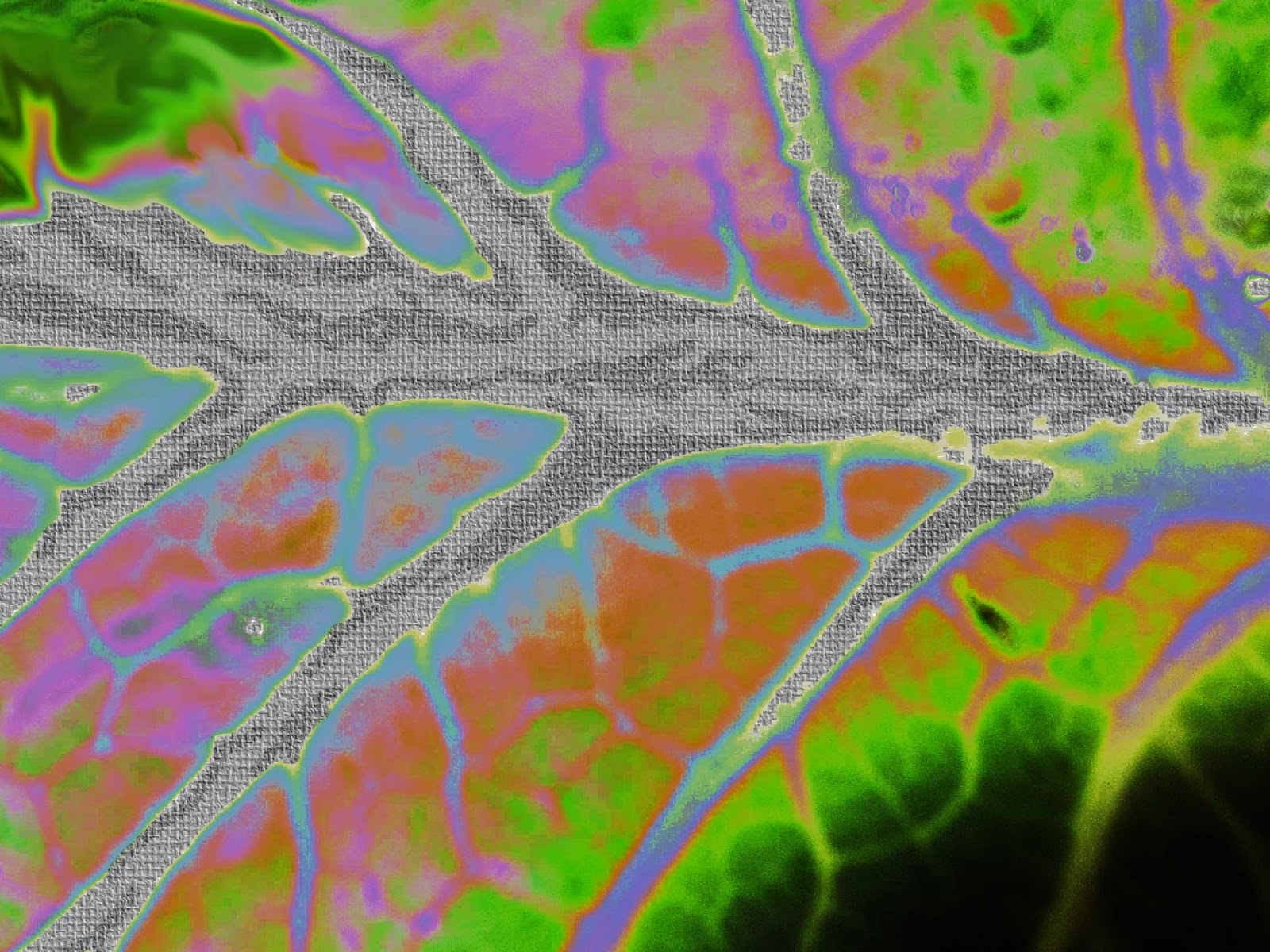 Getting bored with snow pictures? Me, too. With any luck spring will arrive soon, and the budding flowers and trees will re-energize my photography. Read my lips, Mother Nature. No new snow! Please?
Posted by Karen M at Friday, March 06, 2015 1 comment:

Well, this is turning out to be quite a winter, isn't it? For a while, it seemed like winter wouldn't happen, and then, BAM! We were buried, and the temperature dropped like a rock. I took a few pictures outside this morning so you could see what our house is looking like Not too many, though, as the temperature was still below 0°F.

There should be an entire row of shrubs visible at the front of this picture. Instead, all you can see is one juniper reaching an arm up, hoping to be pulled to safety. 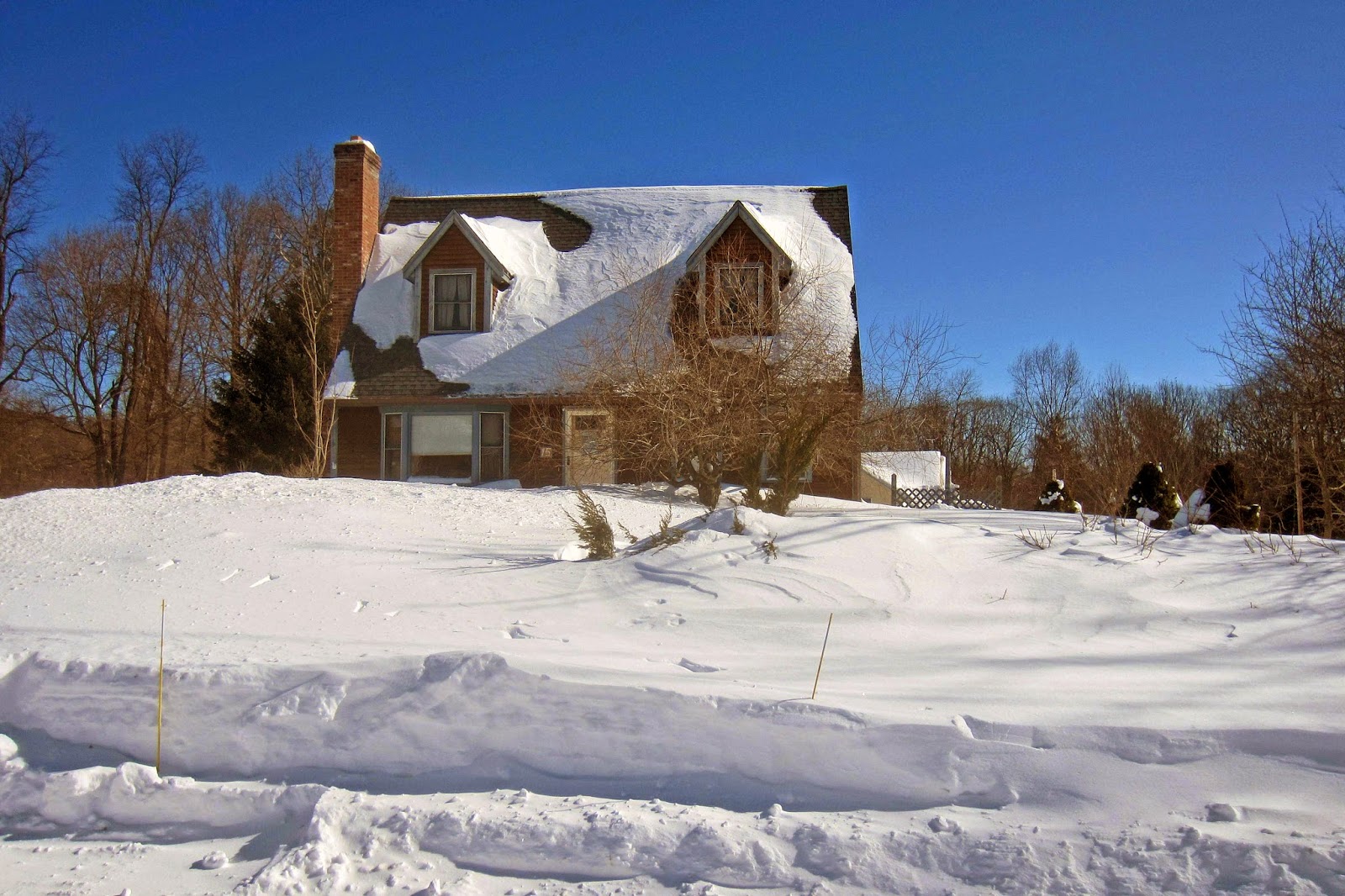 The young maple and our crazy whomping willow both have their entire trunks buried. 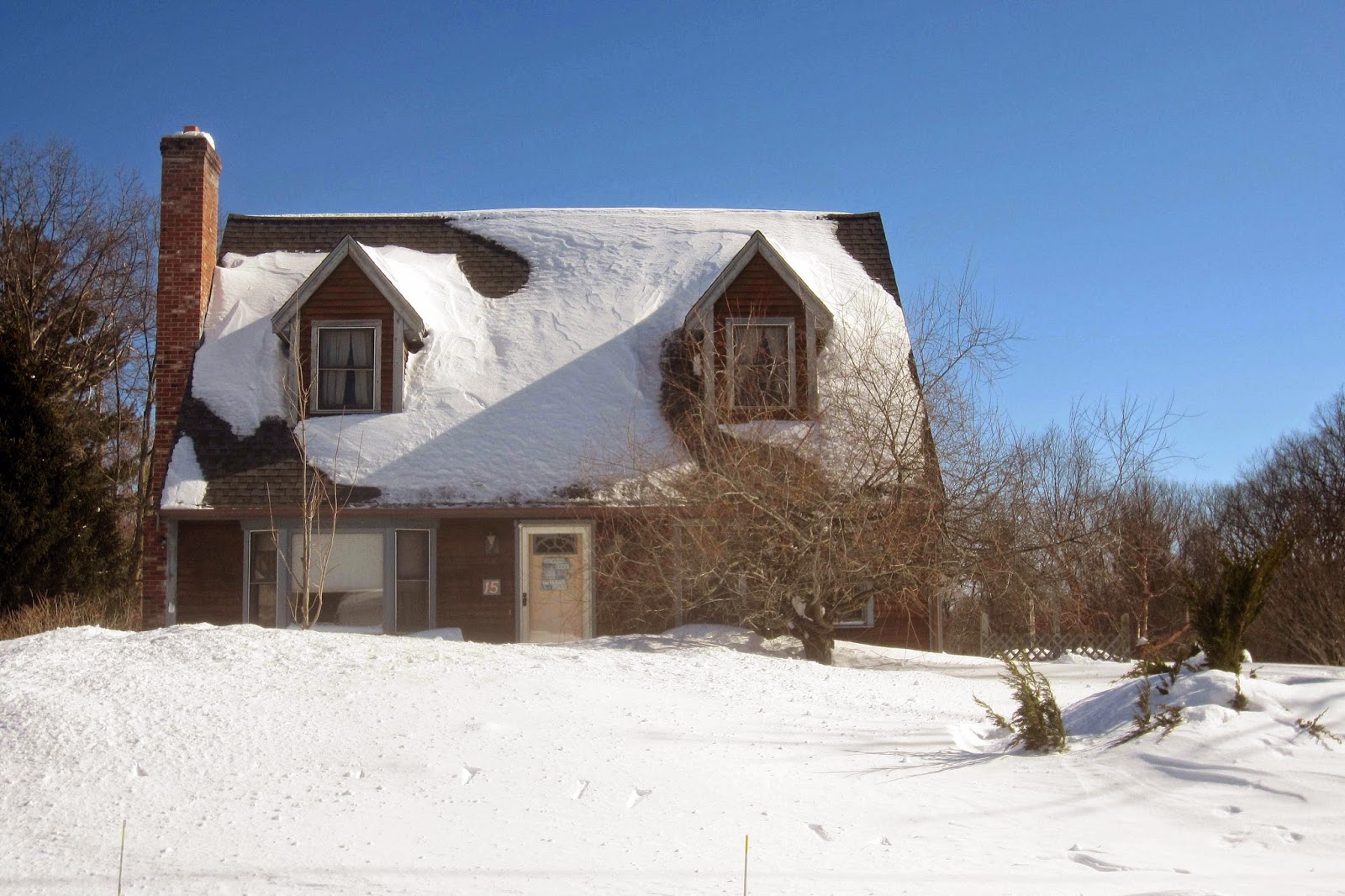 The snow is almost up to the bottom of the bay window, 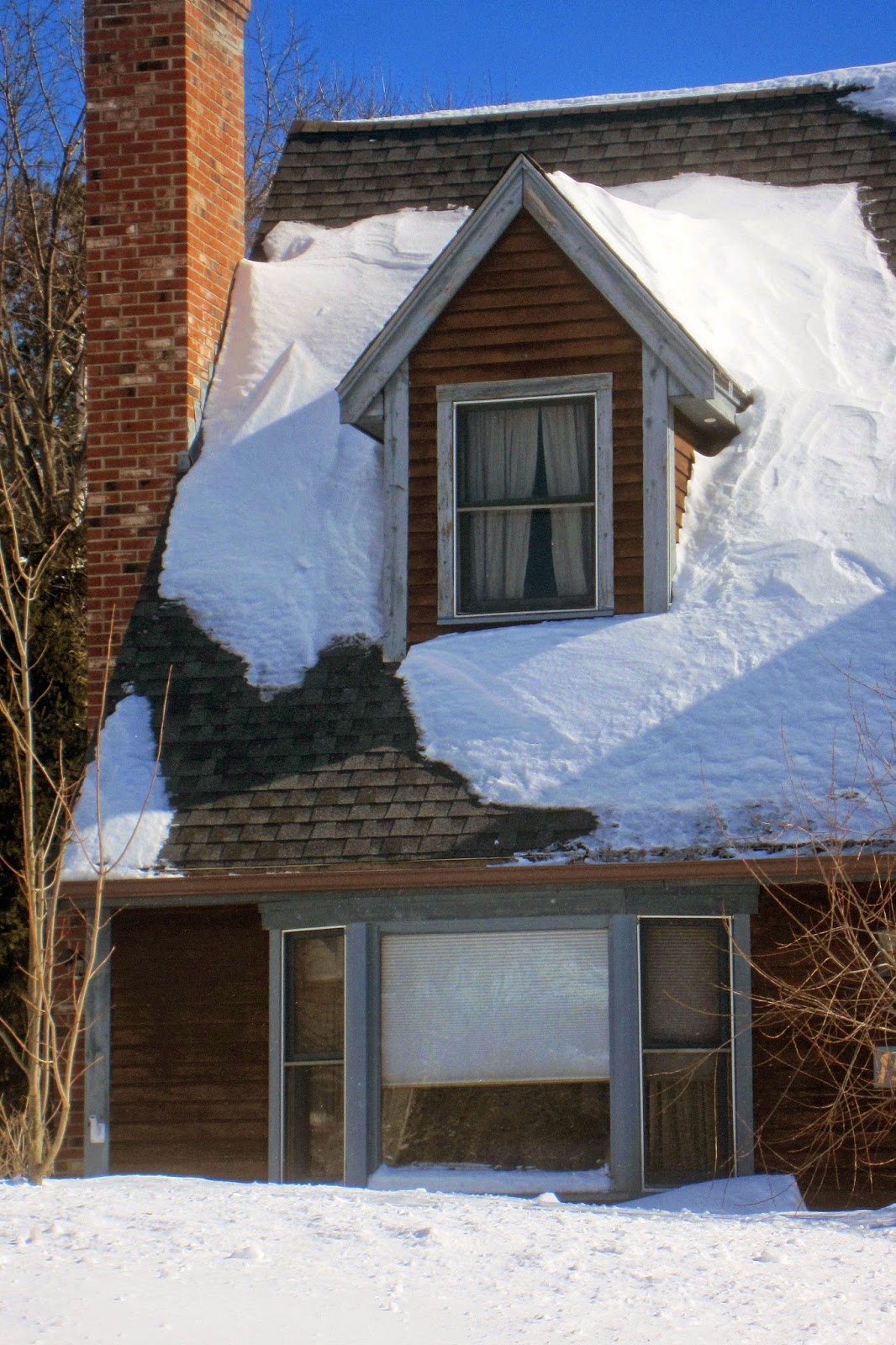 and would be halfway up the front door, if not for the Husband's diligent shoveling. 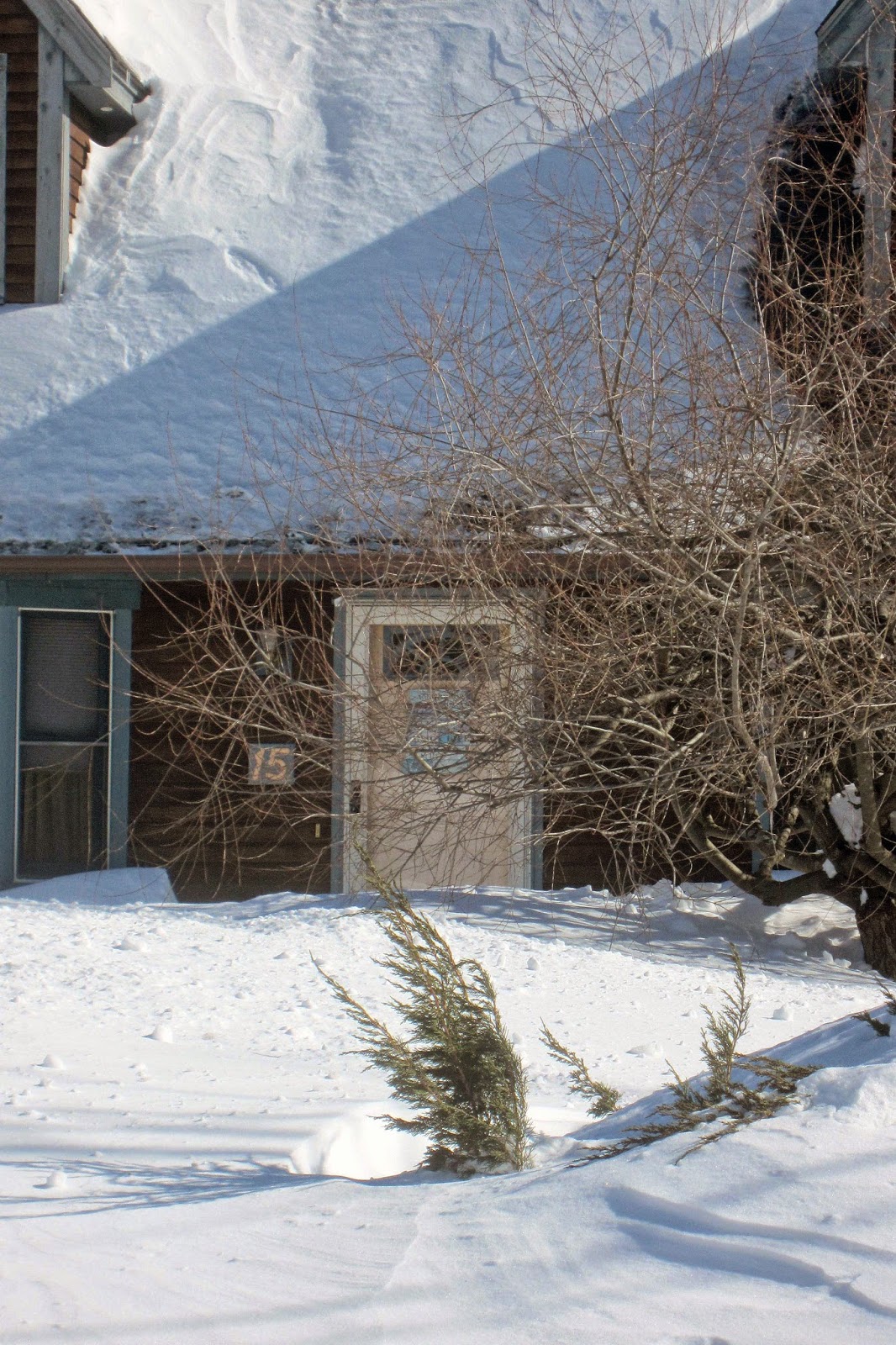 There are two things that I am very grateful for, and they are the snow blower we got last year, and our very steep roof. Now if only the snow would stop before it reaches that roof....
Posted by Karen M at Monday, February 16, 2015 4 comments:

Karen M
Massachusetts, United States
I am a quilter, gardener, and mom. I have also started exploring the world of mixed-media art. We are now sharing our home with Jensen, an energetic, young scamp of a rabbit, who is keeping me hopping. My girls created this blog as a gift to me, and it has been a terrific way to get to know some truly wonderful people, including you. Thanks for stopping by, I hope you enjoy your visit. 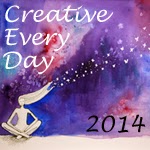